Robert Einstein between Germany and Italy, then in different places of Italy and finally at Rignano sull’Arno, Tuscany

Unfortunatly, there are no much news on the Internet about Robert Einstein in general (note 1), and less yet in regard the time he lived in North Italy. An article tells us that while Albert Einstein couldn’t remain in Italy to study, “his cousin” was studying in Pavia. 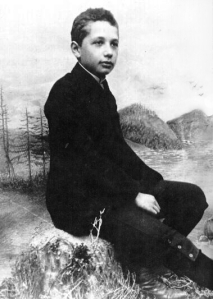 Albert also came often the years his family lived in Pavia and Milan since 1894, spending about three months a year in Italy, doing his research and debating much on it with his friend Michele Besso. After Hermann’s death (1902), Pauline and Maja Einstein went to live in Switzerland, while Jacob and Robert lived in Milan and they were always in contact by letters with the other Einsteins.

After the Jacob death, it is also quite likely just to deduce that Robert Einstein some times went back to Germany for periods and came back to Italy, before finally staying in Italy. Indeed, he married a Waldesian Italian woman, Cesarina Mazzetti (Nina) in Rome in 1913, while their first daughter Luce Einstein was born in Munich, Germany, in 1917.

At about the mid of the 1920s we meet again Robert Einstein in Rome, where also his second daughter Annamaria Einstein was born, in 1926, and in the countryside of Monte Malbe, near Perugia. 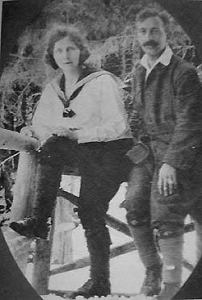 Robert’s wife Cesarina Mazzetti had a brother in Rome, who was married with two daughters too. After the parents died, the two girls, Paola and Lorenza, were adopted by the Einstein-Mazzettis and went to live with them. 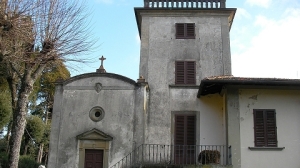 At about the mid of the 1930s the family moved to Florence, at Corso dei Tintori, and also bought in the tuscan countryside the Villa del Focardo with a farm, fields and vineyards. The villa was about 20 kilometres away from Florence, in Rignano sull’Arno area, at the village of Troghi.

Note 1: unfortunatly the sources are scarse and often not sure, for example you could find an article telling us that Robert Einstein was living in a place a year, while an other article tells us that at the same year he was living in an other place.