Amatrice, the destroyed town that I still call “home”

If you are not living underground or on the top of a very high mountain, you might have noticed that this end of summer has been quite dramatic for most of us Italians. The earthquake that suddenly shook central Italy in the night of August 24th has stolen 296 lives and is still haunting the dreams of the ones of us who have been touched, directly or indirectly, by this reoccurring tragedy.

Yes, “reoccurring” indeed, since it happened before (in L’Aquila in 2009, in Umbria in 1997) and it will probably happen again. The centre-south of Italy is, in fact, one of the most seismically active areas in Europe, and the sheer structure of the ancient towns and villages scattered all over this wonderful country of ours can only make things more dangerous and dramatic when earth decides to do the twist.

That said, I’m not in for controversies about…

Earthquake in Italy: an update

It has been just under a week since a deadly 6.2 earthquake struck central Italy, in a region about 100 miles northeast of Rome. Suffering the worst damage are the towns of Amatrice, Accumoli, Pescara del Tronto and Arquata del Tronto.

The death toll is now at 291, with hundreds more injured and thousands displaced from their homes.

In the midst of the rubble, citizens of this area work to mourn, recover, and heal. 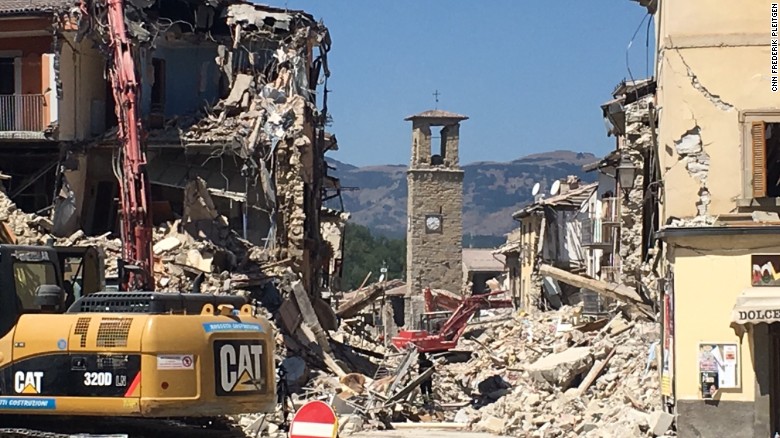 “The town is no more,” said Amatrice mayor Sergio Pirozzi, the morning of the earthquake. The church of Sant’Agostino built in 1428, sustained heavy damage but incredibly, the campanile(bell tower)remains standing. Image credit: on photo via CNN 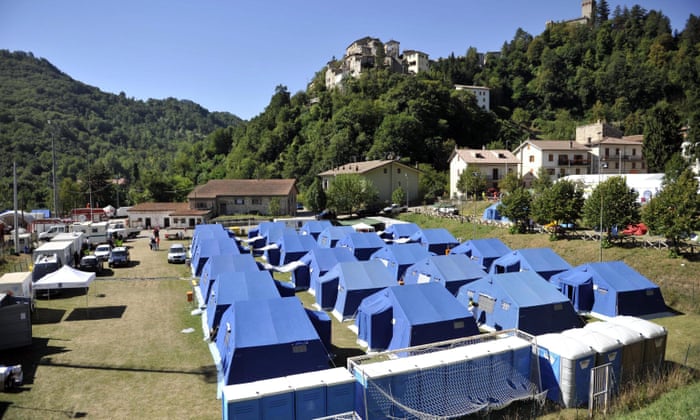 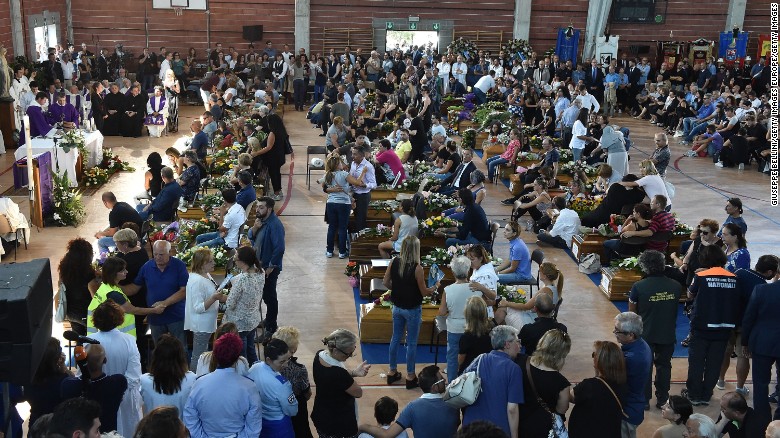 Scene from a state funeral on Saturday, August 27, as Italy begins the painful task of saying goodbye.Image credit on photo…

Very saddened to hear news of the earthquake which hit central Italy around 3:30 am this morning, August 24, leaving the small town of Amatrice, about 100 miles northeast of Rome, devastated.

“The town is no more,” said Mayor Sergio Pirozzi.

At the time of this writing, at least 73 people are dead and dozens more are missing. Along with Amatrice, the town of Accumoli — both in Lazio — are the hardest hit.

Although small, with a population of less than 3,000 people, artifacts show that Amatrice has been inhabited since prehistoric times, and remnants of ancient Roman buildings and tombs have also been discovered.

You may recognize the town name hidden within one of Rome’s more notable regional dishes — pasta all’amatriciana — and in fact, popular belief is that many Popes across the centuries had cooks who hailed from Amatrice.